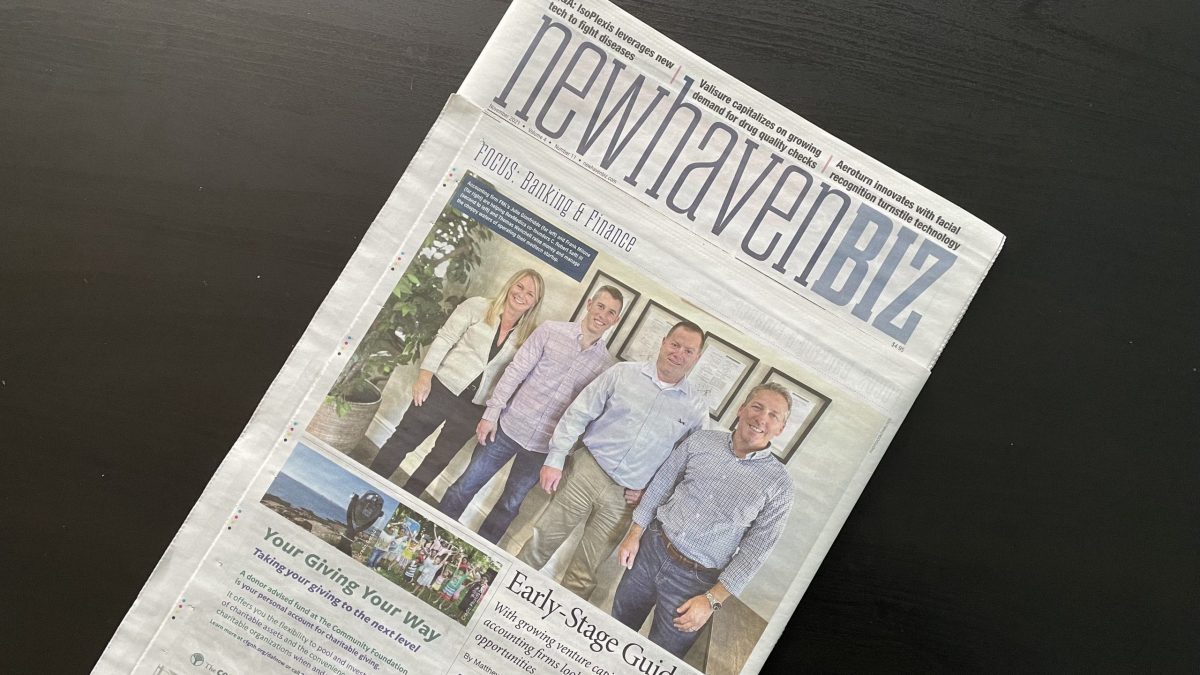 The latest issue of New Haven Biz includes a detailed article showcasing how FML provides guidance to startups during the fundraising process.

After working in the venture capital world for many years, it’s been a great experience to join FML. The firm has had a startup advisory practice since its inception 20 years ago, which is unusual for an accounting firm.

We helped RevMedica, an exciting medical device company, understand the venture capital landscape and realize their vision, and New Haven Biz took note. Here’s the section of the article describing how we worked closely with RevMedica during their recent capital raise.

In 2019, Connecticut ranked among the top five states in the country for year-over-year venture capital growth, according to the National Venture Capital Association. In 2020 Connecticut ranked 16th overall in venture investment with more than $1.2 billion invested, second only to Massachusetts among New England states.

Gionfriddo, who’s worked in the venture capital and private equity space for more than 20 years and typically works with her startup clients for six to nine months, says one of the most important roles she plays is connecting startups to people with the right appetite for the market a company is in and identifying the best path forward, even when it means turning away much-needed capital.

“It’s about finding the right balance and the right terms,” Gionfriddo said. “A company may not want to take on too much capital or give up too much equity control of their company.”

Wenchell, of RevMedica, says one of the main benefits of working with Gionfriddo was developing a venture capital mentality.

“My business partner and I are both technologists and engineers, but we [needed to learn] what makes a venture capitalist tick, how do they communicate and how do they like to be communicated to,” Wenchell said. “It’s really making sure we [as a startup] check all the boxes.”

And his startup, he says, is making timely progress. RevMedica, which relied on tax credits, $250,000 in seed funding and Paycheck Protection Program funding during COVID, has lined up $3 million in additional capital with a goal of raising $6 million to further develop its product and move toward Food and Drug Administration approval.

The FML advisory team works very closely with entrepreneurs and early-stage companies, advising them on tax implications of entity selection, presentation of financials, pitch decks, and strategy with respect to securing investment and favorable terms.

FML works with companies from the startup stage all the way through to exit, and particularly fills a gap in advising entrepreneurs after incubator and pre-convertible note through seed and series A financing.